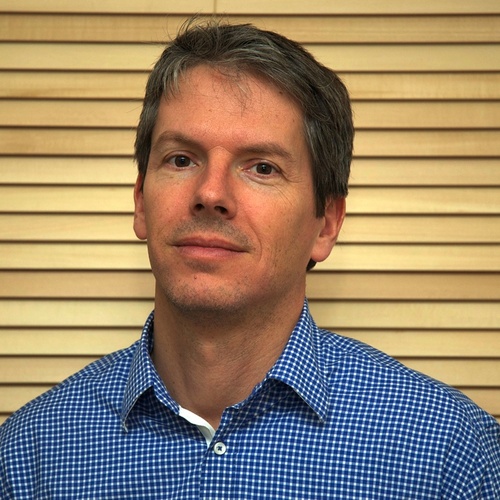 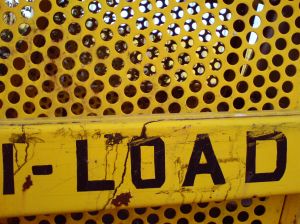 JMeter uses so called listeners to record the results of test runs. JMeter is able to display the results as tables or graphs and - even better for later analysis - to write them to a log file.

That’s what we do here. We let JMeter write the results to a file. The results of the test run consist of many samples. Each sample describes which test step ran, when did it start, how long did it take and what the response of the test case was.

JMeter can be configured to save the results in different formats. I chose XML format but it could be CSV format too.

The XML format looks similar to this:

This appears to be quite cryptic but it isn’t. The attributes are just shortened and have the following meaning

Analyzing the log file manually ain’t the most efficient way to get some insight how your application performs if you have a lot of samples. Graphs are much better at visualizing data. Unfortunately, the capabilities of JMeter to produce graphs are very limited and didn’t help at all for my long running load tests: The lines of the graph were overwriting itself for a long running test and there are almost no possibilities to adjust the graph to your needs.

See below an example of a JMeter graph from the JMeter manual: 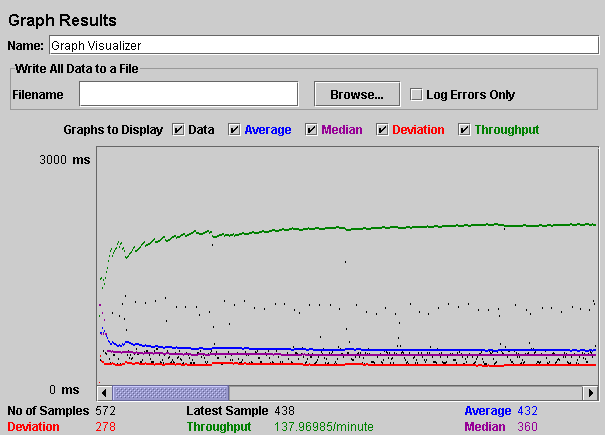 Using a graphing utility for diagrams

GnuPlot is a command-line driven graphing tool which I already used several times for this purpose and it is very flexible and powerful . Some people might want to use Excel for creating the graphs but it had in my case too many limitations. GnuPlot has the advantage of being open source, is available on many operating systems and can be automated to generate graphics.

Preparing the data for graphing

GnuPlot needs the data in format that it can understand. That means I need to extract the data from the log file and convert it in a format that GnuPlot can read.

There are several ways to do this. I decided to write a Ruby script for data extraction. Ruby is with its built-in regular expression capabilities a very good fit for text file parsing. and I wrote a small script which extracts the values I need and writes them to another file which can be read by GnuPlot.

Performance testing implies that we are measuring time. Time it takes until we get a response from our server in this case. The JMeter log files contains two different values for the response time: Elapsed Time and Latency

From the JMeter glossary :

JMeter measures the elapsed time from just before sending the request to just after the last response has been received. JMeter does not include the time needed to render the response, nor does JMeter process any client code, for example Javascript.

JMeter measures the latency from just before sending the request to just after the first response has been received. Thus the time includes all the processing needed to assemble the request as well as assembling the first part of the response, which in general will be longer than one byte. Protocol analysers (such as Wireshark) measure the time when bytes are actually sent/received over the interface. The JMeter time should be closer to that which is experienced by a browser or other application client.

What I am basically interested in for each sample is:

This means my script should do the following:

Errors will be handled differently. They will go to another file for further analysis.

What did we accomplish so far:

What is still missing:

The script code and some example diagrams will follow in one of my next blog articles.